The performance, based Eugene O‘Neill’s play “Mourning Becomes Electra” talks about war in the smallest link of society – a family. What has to happen in a family for its members to become enemies? What makes a woman hate her husband, and a daughter – her mother? According to Artūras Areima, the director of the play, the theme of hatred is eternal and universal.

The roots of the play’s conflict lie in Classical antiquity – the playwright interprets the trilogy “Oresteia” by Aeschylus. But while the motives of Aeschylus’ characters are clear and easily outlined, in O’Neill’s play, the source of hatred is deeply hidden. The tragedy of the Mannon family is a struggle with nature and destiny. “Every descendant of the family is trying to break the curse that broods over him, but is unable to do so – his fate is inside him,” says Areima. Hence, the director is the most interested in the act of liberation, the characters’ attempts to escape from the vicious circle of eternal damnation.

A. Areima became interested in the play while still a student. Then he even planned certain roles for certain actors. “I always knew Tadas Gryn would play Orin. We worked together the first play I directed “The Trip Inside the Room”. He understands the subject others find very difficult to understand, and is able to walk the thin line on the verge of madness,” says the director.

A famous jazz musician Liudas Mockūnas also has a role in the play. The saxophonist was given space to improvise and feel the central themes of the play himself. “The saxophone is a sensuous instrument. I wanted to have lively and screaming music in the play, as opposed to lyrical,” claims Areima. 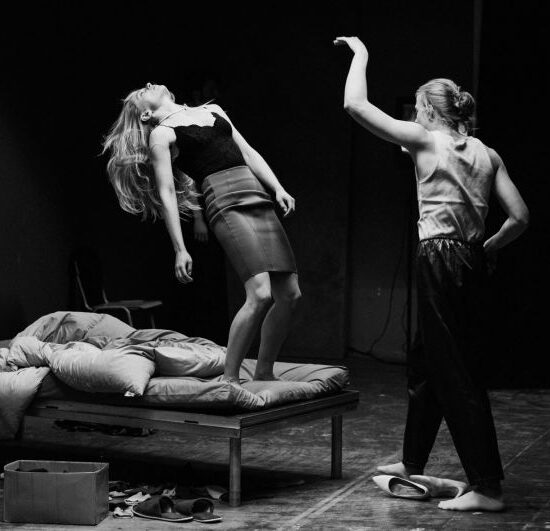